»You don't take a photograph, you make it.« 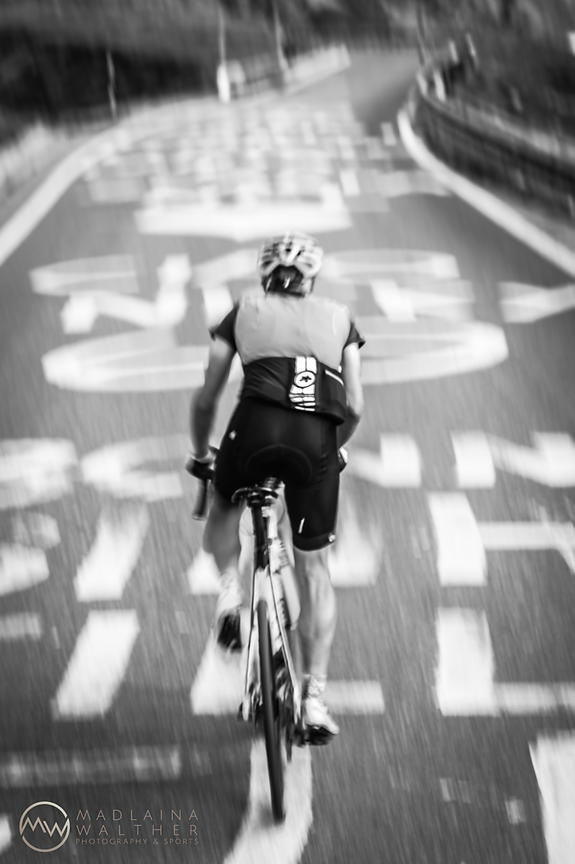 In this blog post, I show you one picture and tell you how it was made. In the end, you also find some photo tips...

The picture shows the german Ultracyclist Pierre Bischoff. He won the 2018 Red Bull Trans Siberian Extreme, became World Champion on the long-distance in 2017, took the win at the 2016 Race Across America and so on...

On this day we've already been shooting since sunrise around his home in Nauders (A) and had arrived on the Passo dello Stelvio in the meantime. I wanted to have a dramatic picture of him, showing his power, endurance and speed.

In my opinion, a frontal panning shot would do this best. Therefore I dialled in a slow shutter speed and panned my camera with his movement. If you want to know which shutter speed you should choose, it's always the best option to guess the speed of your subject and take the reverse value of this (e. g. if somethings moves with approx. 30 km/h, I would start my trial with 1/30 of a shutter speed). Often panning shots are done from the side which is a little bit easier as you can move your camera more. For this technique, you also depend on luck so I advise putting your camera in burst mode. Panning shots are a very common technique in action sports photography.

After a Giro d'Italia on the Passo dello Stelvio you find many cheering messages on the road which looks very special. I wanted to include these wishes in a high contrast, graphic black and white picture. But how could I show as much as possible of the road? I would have to stand on an elevation... Luckily as a preparation for this shooting, I had also packed a ladder in my car...!

So I put the ladder in the middle of the road, stepped on it and had to listen very carefully for the sounds of arriving cars. Whenever a car approached I had to jump off the ladder and put it to the border of the road. Pierre's task was to ride very close to me. After only a few attempts we got the picture I had imagined and could go for a pizza.

Which learnings can you take out of this story:

Image deconstruction is a very good opportunity to improve someone's photography. When you see a picture you like try to find out as much as possible about it. Where was the photographer standing? Which shutter speed was used? Which aperture? Which lens (focal length)? Where was the sun (or an artificial light source? What do I especially like about this picture? Is it the mood? The colours? The composition?

(You can find this picture's EXIF-data in the caption underneath. How accurate was your guess?)

Here you can learn more about Pierre Bischoff. 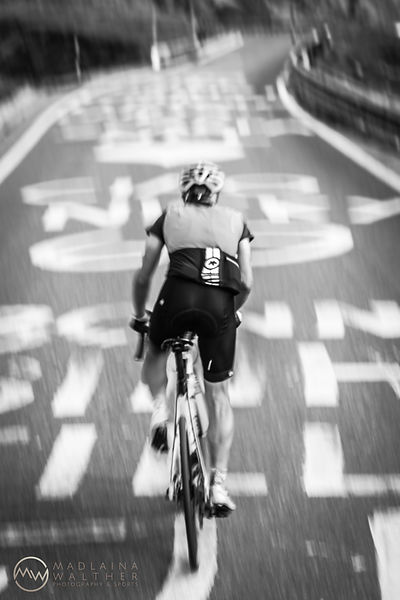