My first impression of the Fujifilm X-T4

At the moment I have the opportunity to test a sample model of the brand new Fujifilm X-T4. It is a mirrorless system camera with a 26.1-megapixel APS-C sensor. The camera was provided to me by Fujifilm Switzerland for testing purposes.

In this text, I want to briefly describe my first impressions, a more detailed review especially of the functions that are interesting for outdoor sports photographers is planned for later. 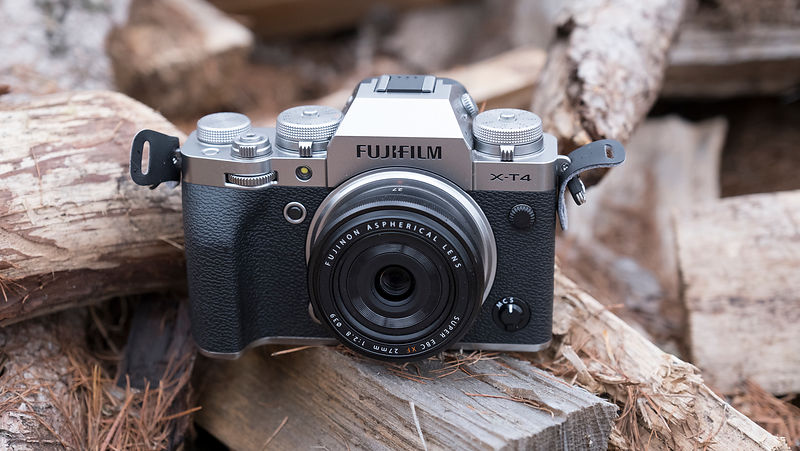 The new Fujifilm X-T4. (All pictures can be clicked and enlarged at the end of the article.)

A few years ago I was looking for a small camera which I could carry with me all the time. I was satisfied with the quality of my DSLR cameras, but I noticed that I was losing the fun of taking pictures because all the equipment was so big and heavy. I could hardly do anything great and still have a camera with me, it was more like that I was on a constant photo trip and maybe could hike some steps if necessary. It felt no longer free and spontaneous, but just exhausting.

That's how I got the Fujifilm X-T10. I quickly realized that such a compact camera system is indispensable and opens up completely new possibilities for the type of outdoor photography that I enjoy doing, namely multi-day activities for which I have to carry everything. I upgraded to the X-T2 relatively soon and then bought a second body because I need redundancy for my work. I have used this system to photograph events or editorials over the past few years and have also documented numerous trips with friends.

When Fujifilm Switzerland asked me lately whether I would like to test the new X-T4, I didn't have to think long...

What is new about the X-T4?

All of this, combined with robust quality, two memory card slots and cold resistance down to -10 ° C, reads to me like an absolute dream of a camera for someone who wants to do outdoor and adventure sports photography and wants to be as human-powered as possible. And the best thing is, of course, that it is not just a dream, but a camera that actually exists! 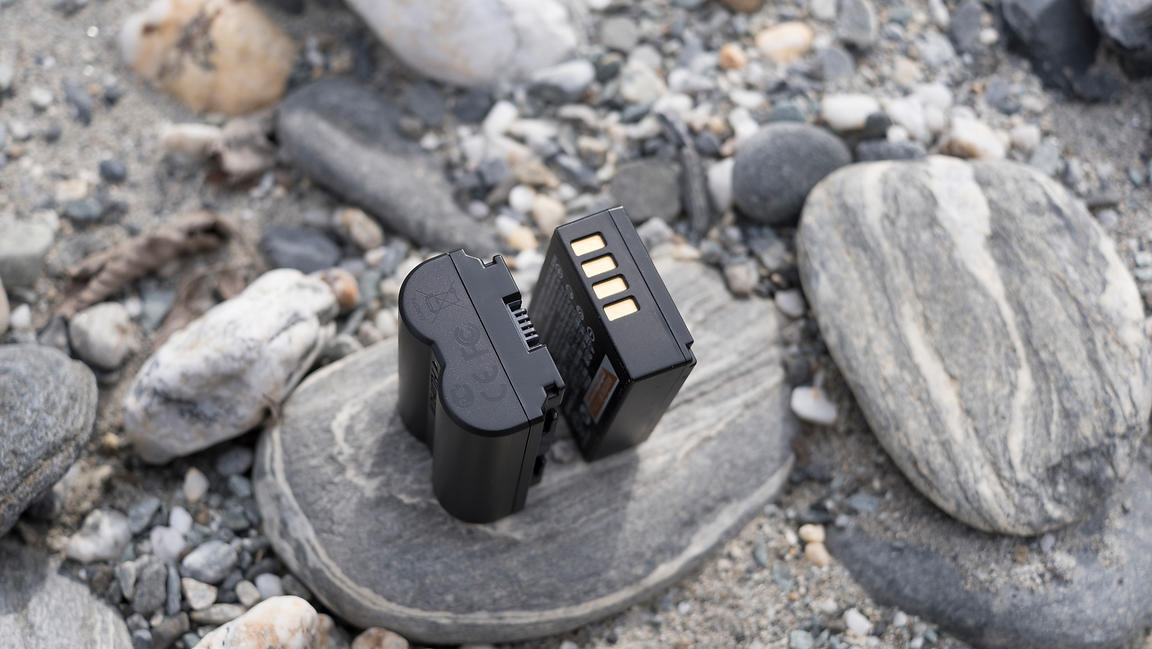 The new battery (left) compared to its predecessor. 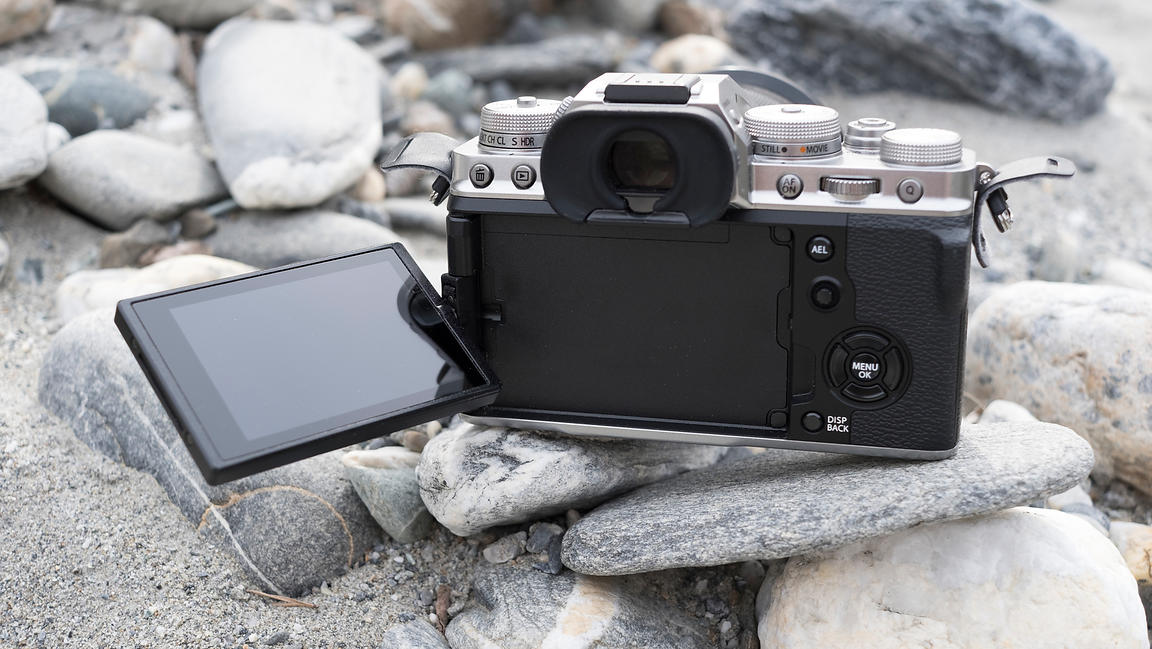 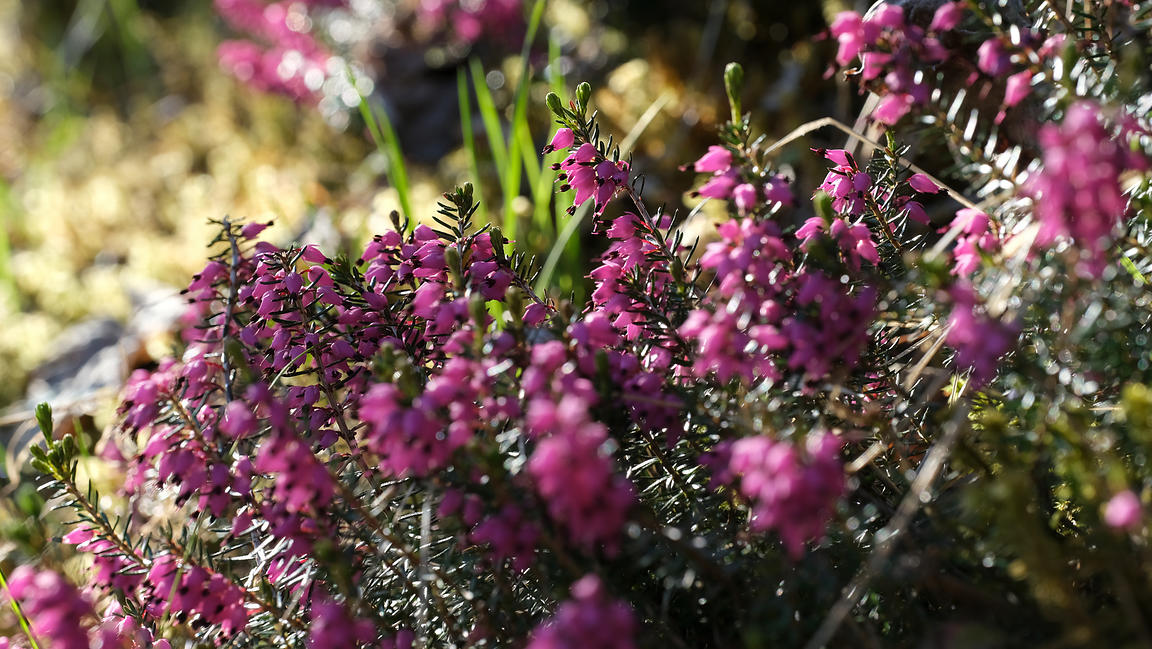 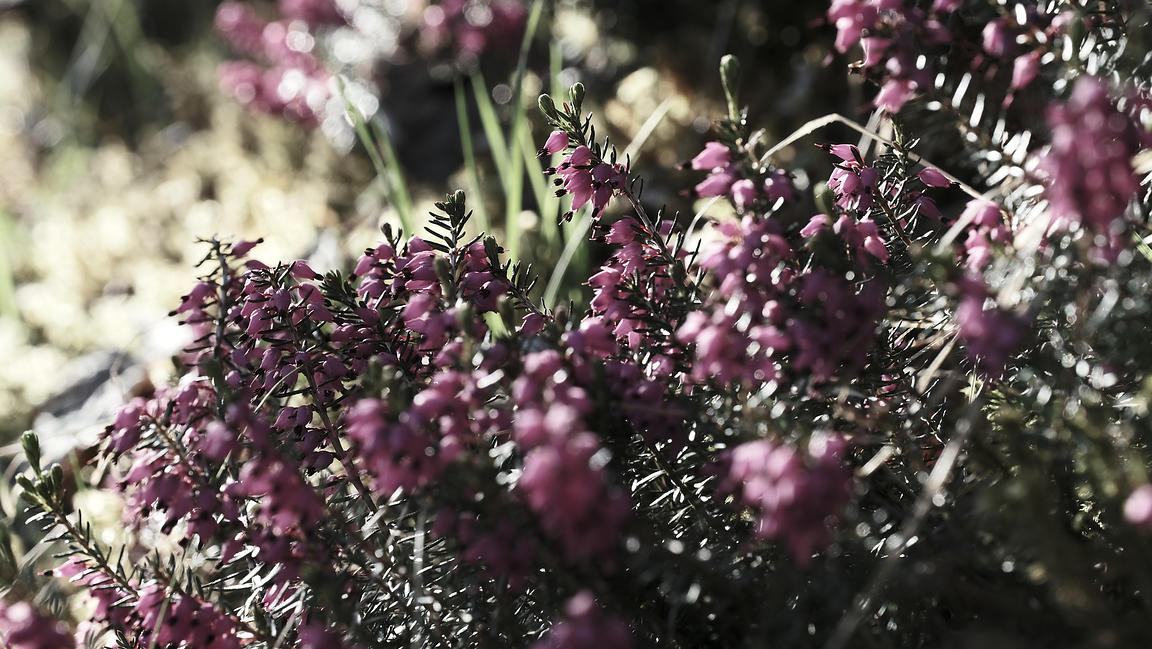 Film simulation: ETERNA Bleach Bypass (Especially for videographers, this is supposed to achieve a desaturated image that is ready for later colour grading. But I also like it on photos.)

In a relatively short time, of course, I couldn't try everything yet... I will still need a little more time, especially for pictures in burst mode with fast sports action, in-depth IBIS and autofocus tests, as well as the video functions.

I was particularly excited about the IBIS right from the start. But then I noticed that I hadn't been able to really push it to the limit... So I will have to come up with a better "test arrangement". The camera has become a little bit bigger and heavier than the X-T3 because of the IBIS, but you have to look very carefully to see it.

The first time I laid my hands on the X-T4, I noticed the slightly changed functions on the two dials sitting on top of the camera. The much quieter shutter, which also gives a slightly different tactile feedback (it feels much more springy now), irritated me at the beginning, I had to constantly check whether I was not shooting at an extremely slow shutter speed... Immediately I wanted to also try out the ETERNA Bleach Bypass film simulation because I like such desaturated looks.

I'm still a little hesitant about the new flip-screen. For self-portraits or vlogging, it is of course great. I also like that it can be turned towards the camera for transport and thus is protected. For other purposes, I prefer the tiltable one and find it easier to use. When I was filming, it also happened to me that I could not really turn it into the position in which I would have liked it to be because the microphone or headphone plug restricted the freedom of its movement. But both together (tiltable and rotatable) is not possible.

Basically, I can already say that I am very impressed with the new camera. Over the past few weeks, I have also been intensely digging into the topic of filmmaking, something I have not dared to do so far. I am very confident that I will be able to do this in the future and that this camera can support me very well both in the uncomplicated operation and with the technical possibilities that she offers.

Women in outdoor/action sports photography are an important topic for me. Since I started to think about this a few years ago, I have been wondering whether the large, heavy camera gear is a reason why there are not so many female photographers who are active in this area. From my own experience, I think that this is definitely a factor (among others, of course) and I am therefore very pleased to see such compact cameras as the X-T4, which are also technically absolutely leading! 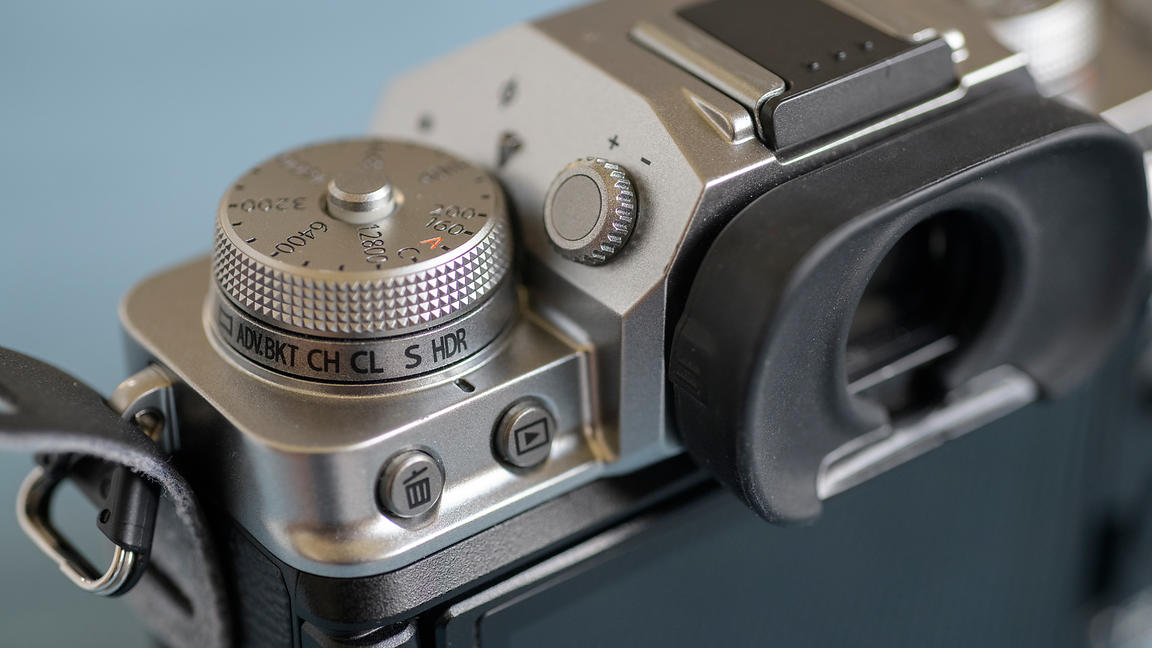 Both dials have undergone changes. The double exposure has slipped into the menu, but there is now an HDR function that combines a raw HDR from three shots.

The particularly low or high ISO settings can now be selected with the "C" and the front dial. 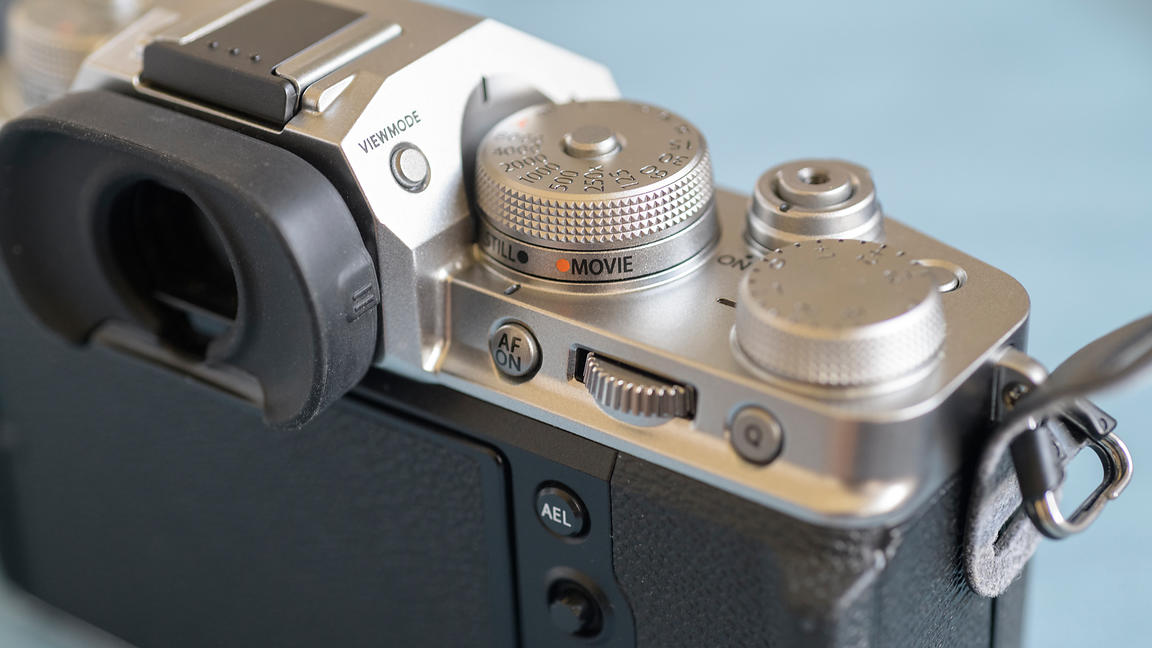 Instead of exposure metering methods, the right dial now lets you choose between "Still" and "Movie". This not only affects the type of recording, but the corresponding menu is also displayed accordingly, which I find very practical.

Anyone who likes to take photos with back button focus will appreciate that the "AF-ON" button has moved further to the left. (Almost all buttons can be assigned individual functions though.)

The exposure metering methods are now accessible through the top selector button. 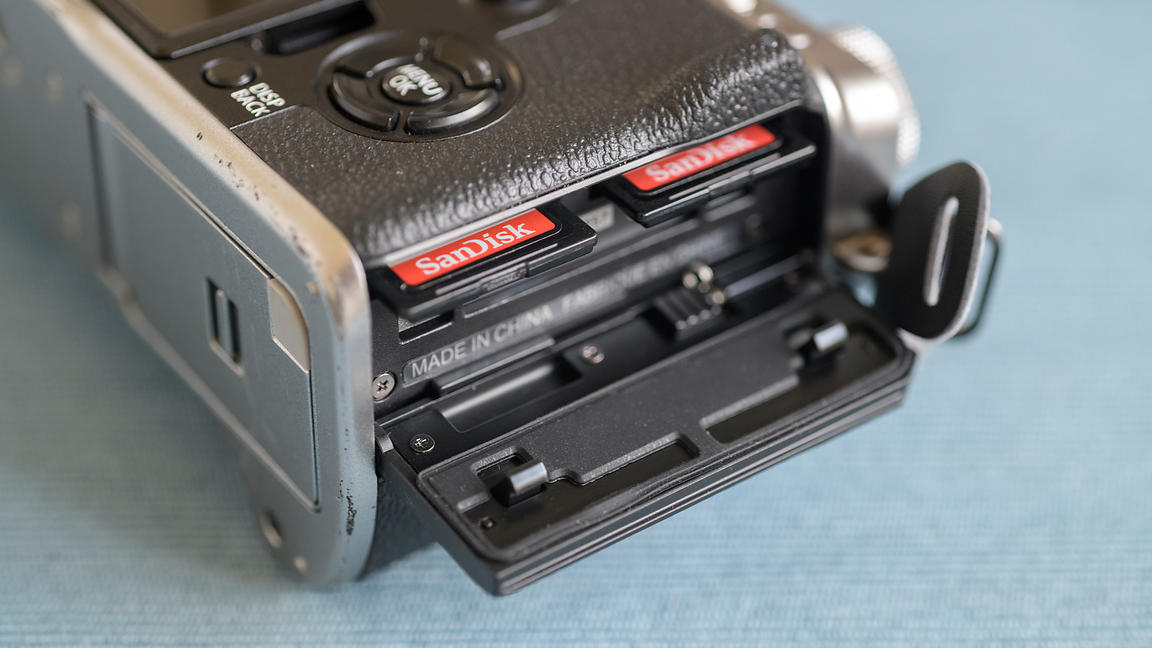 Due to the larger battery, the memory cards are no longer arranged one behind the other, but side by side. 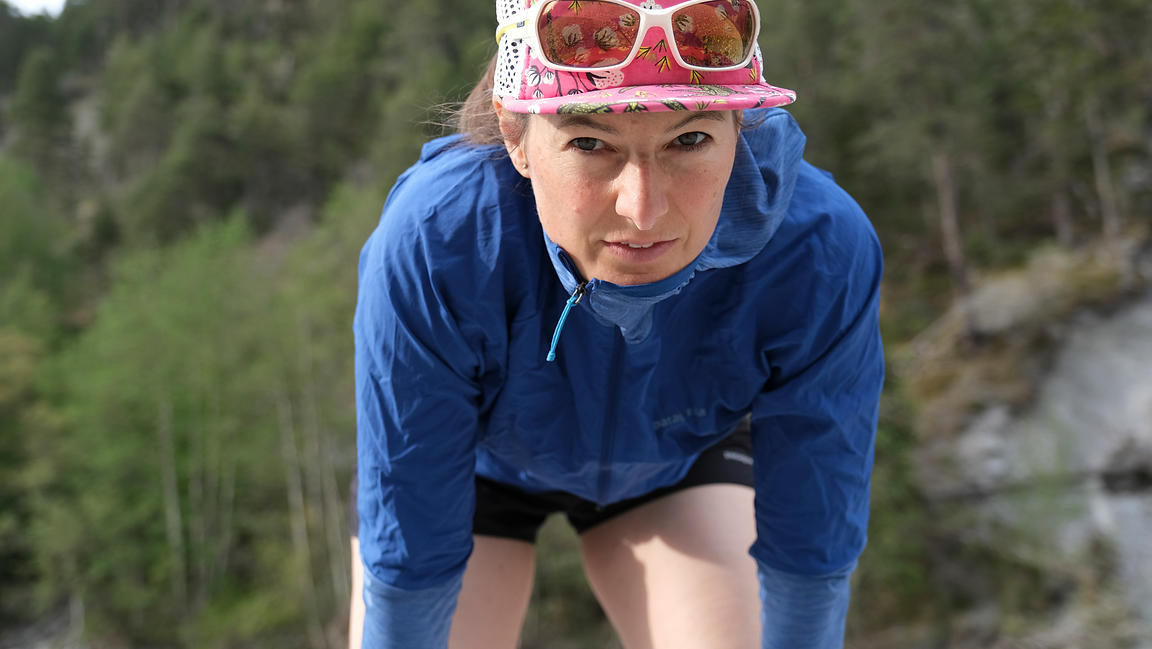 In these two self-portraits, you can see what face and eye detection can do... I took both pictures with a self-timer. It was particularly practical, of course, that I could turn the display so that I could control my position from the front. 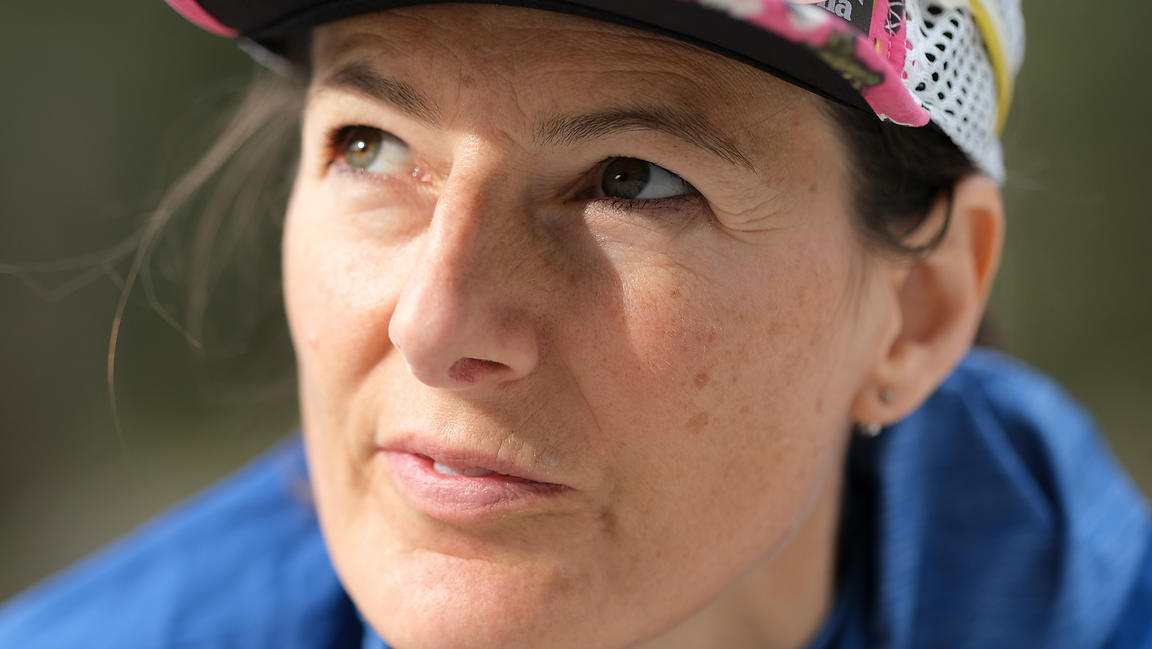 Especially in this example, you have to keep in mind that the depth of field with the lens-aperture combination mentioned below and the small distance I had from the lens is less than one centimetre!

In this video you can watch the eye detection at work. My face is very close to the close distance limit of the lens, the depth of field with these settings is tiny and I am constantly moving. (16-55 mm at 55 mm, f 2.8) 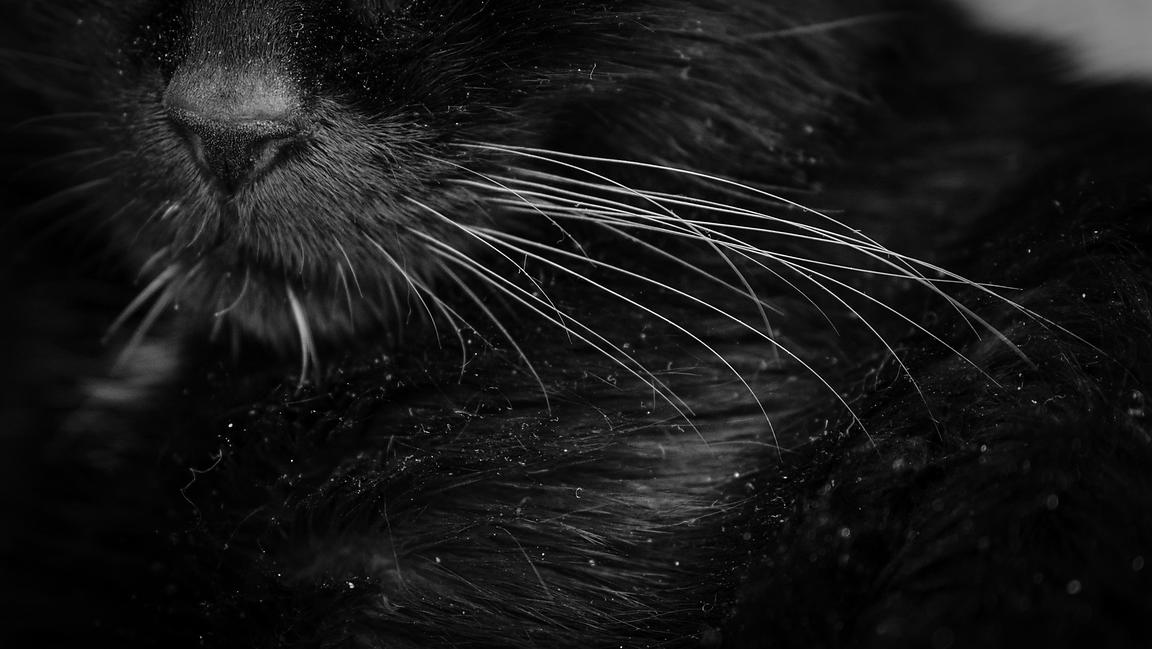 Here I was able to test the IBIS at least a bit ... I supported both elbows to take the picture, but I don't think that such a good result would have been possible without IBIS. 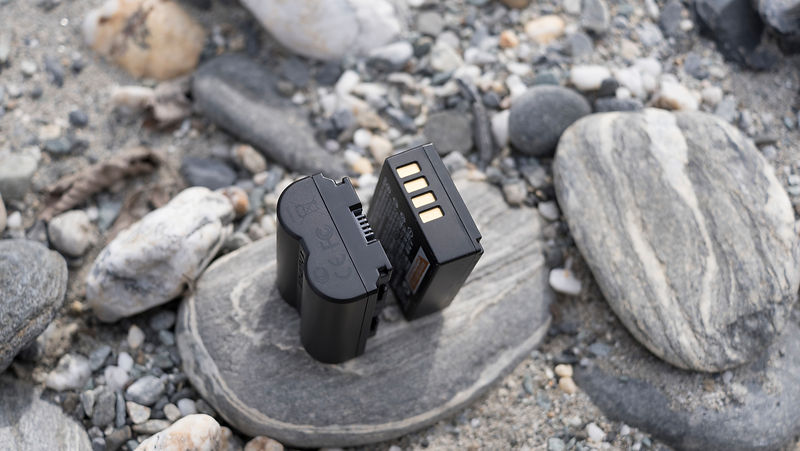 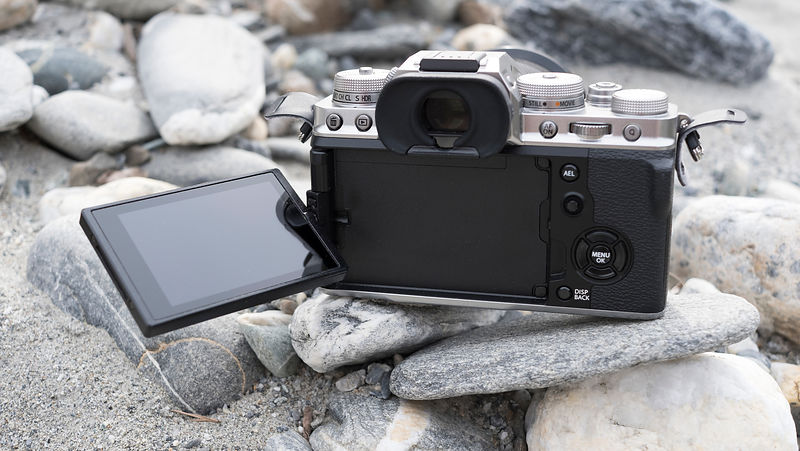 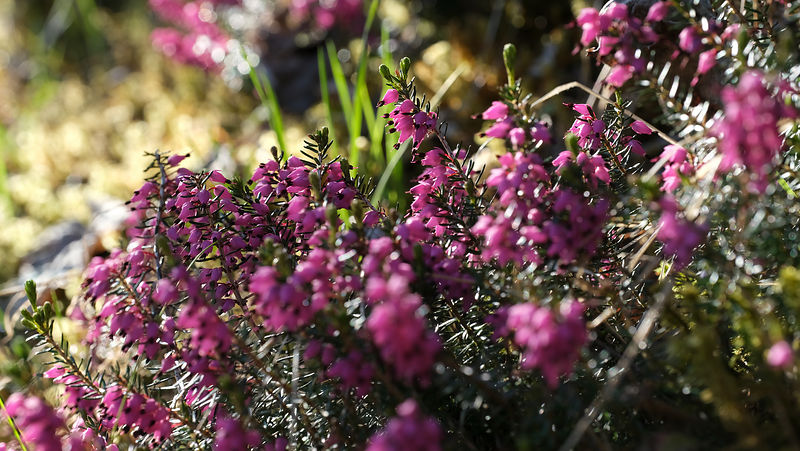 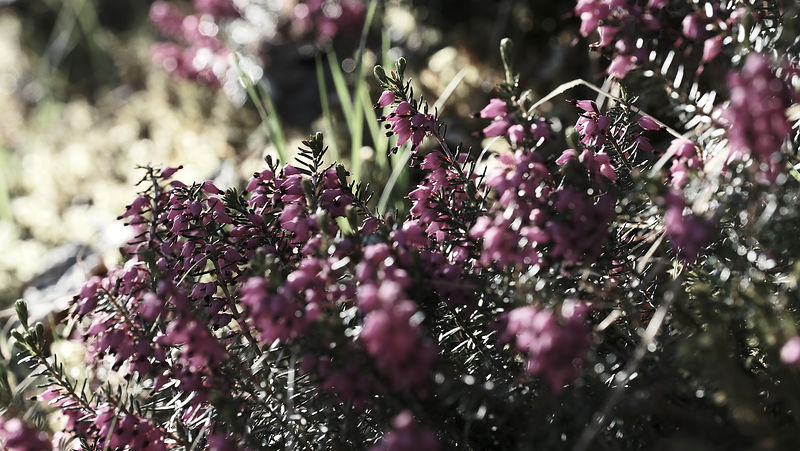 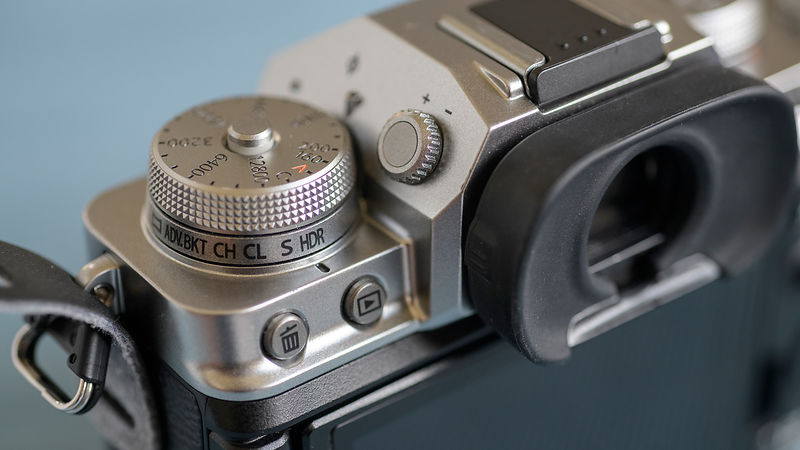 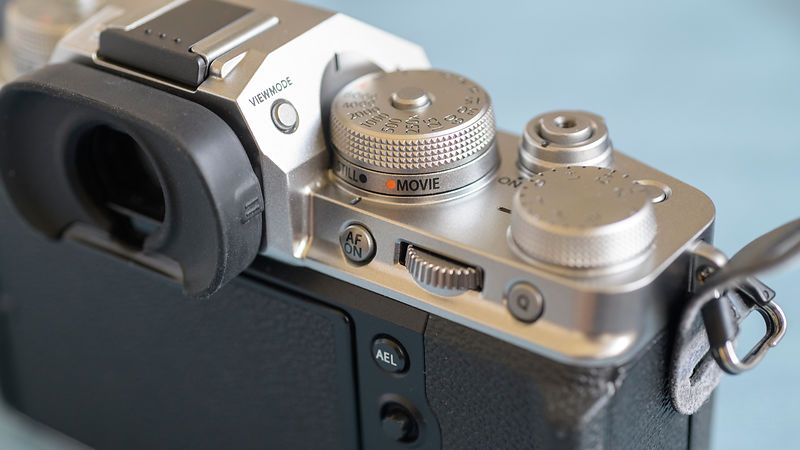 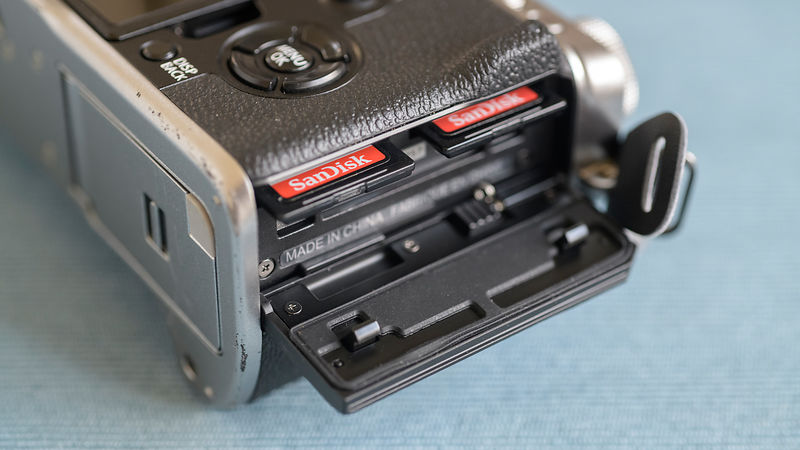 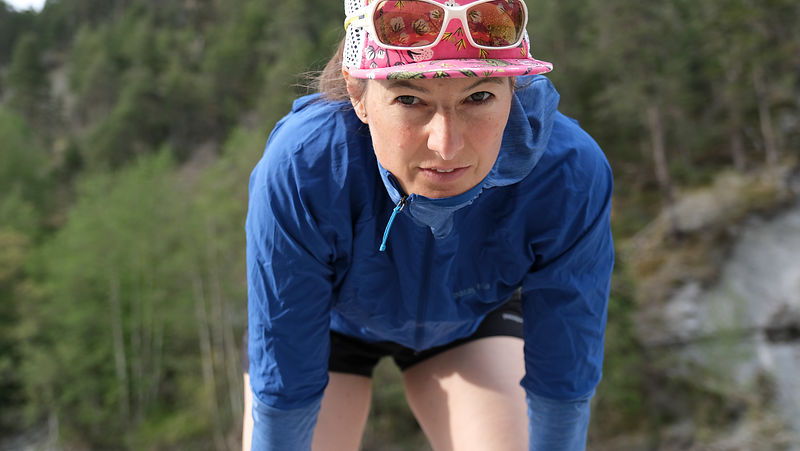 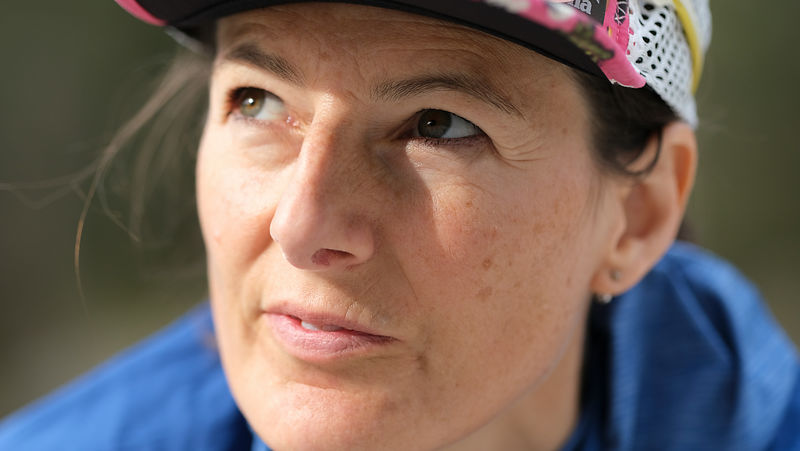 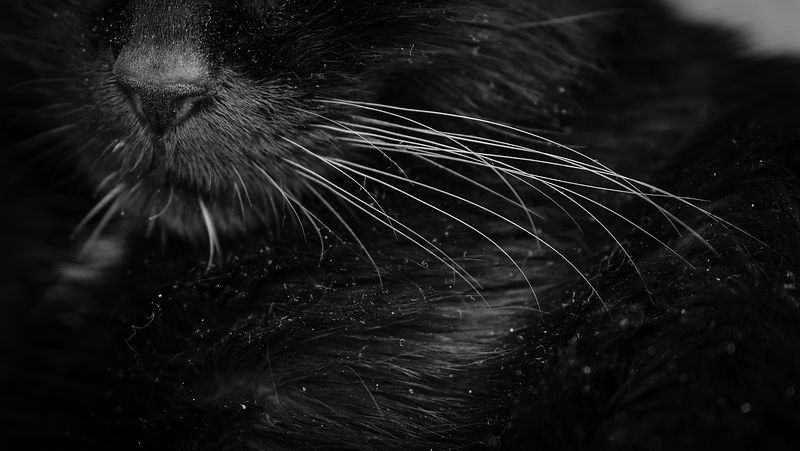